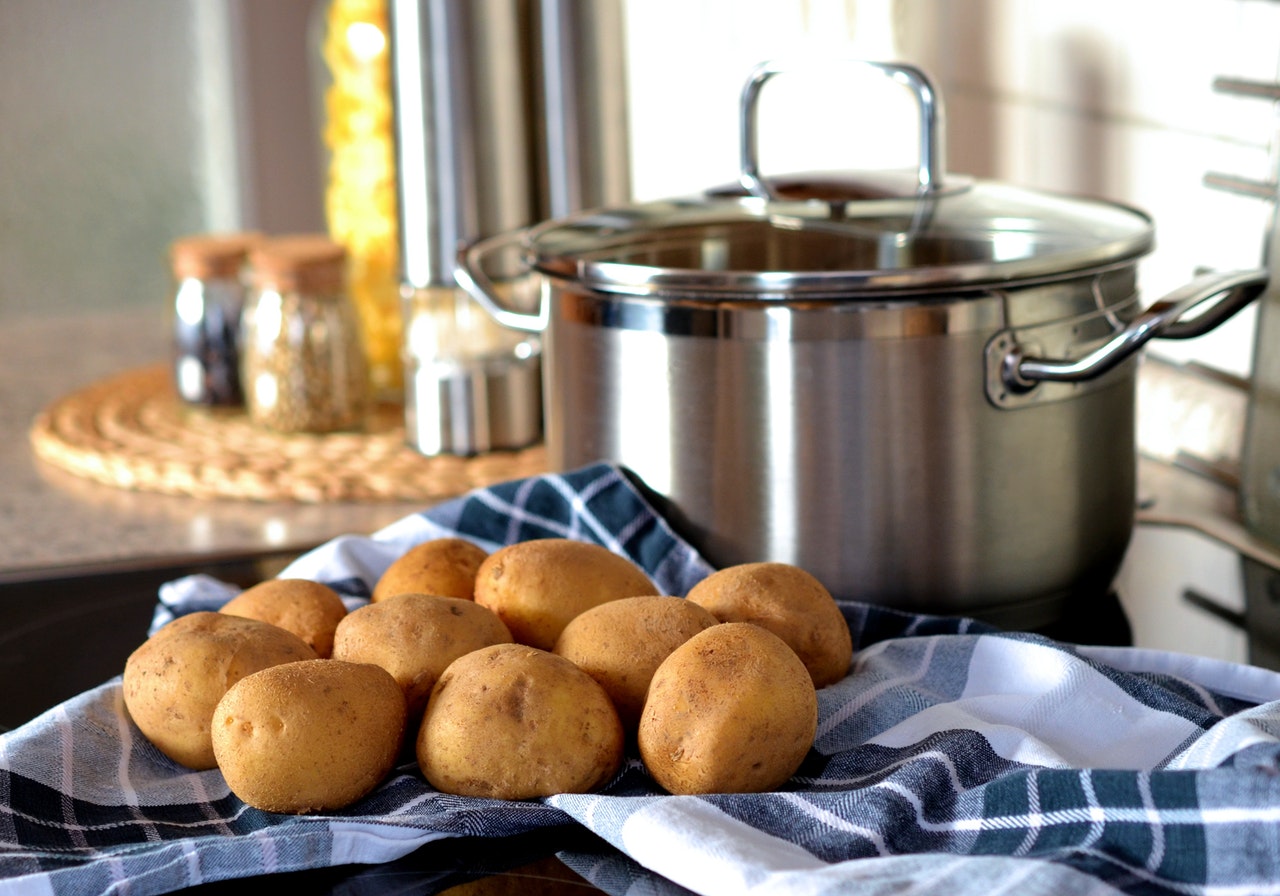 Mashed potatoes are a classic, but they’re always loaded down with dairy. If you’re vegan or lactose intolerant, that can be a big barrier to delicious comfort food. This is our easy-peasy method of making delicious mashed potatoes without all that weighty dairy. It’s especially good paired with our Vegan Lentil Loaf recipe!

Slice off the top of the head of garlic so that the cloves are exposed. Make a tight-fitting boat for the garlic out of foil, then drizzle with olive oil. Seal up the foil, and toss in the oven for about 25 minutes. The smell of roasted garlic will be your first clue that it’s ready, but the cloves will also turn a golden brown color.

Trim and peel your potatoes, then slice into 1″ cubes. Add to a pot with just enough water to cover them, then add 1 tbsp kosher salt. Boil until potatoes are fork-tender and falling apart.

Strain the liquid off of the potatoes, then return potatoes to the empty pot over low heat.

In a small bowl, squeeze each garlic clove out of its papery skin. Smash these cloves with a fork until they resemble a garlicky mush.

Add the garlic, vegan butter, coconut milk, and salt to the potatoes and whip with a fork or large whisk. Be careful not to over-whip, as your potatoes may turn into glue!

Give your fluffy vegan mashed potatoes a taste and add a little more salt if necessary. 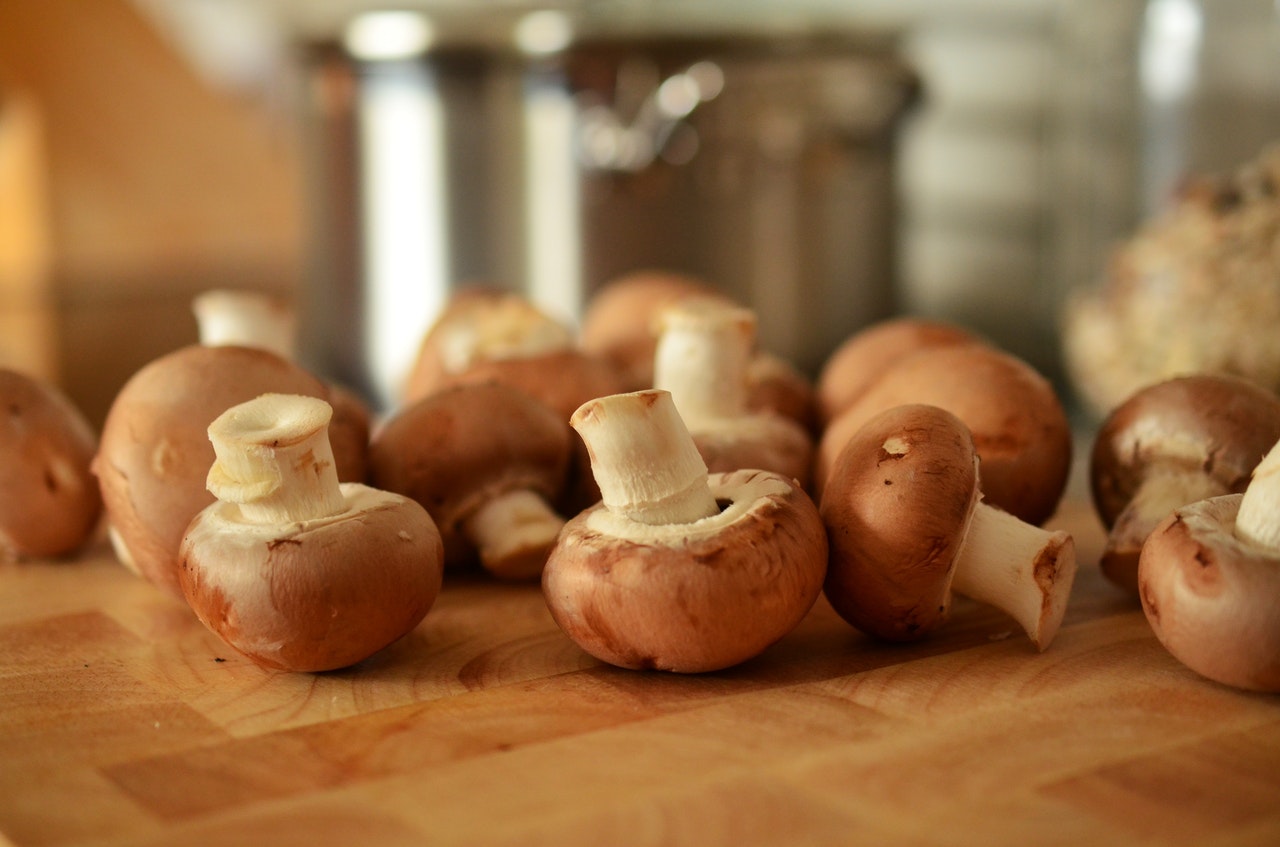 This mushroom gravy will stun even the steak-loving crowd. It’s so rich and creamy you’d never believe it wasn’t made from beef stock. It’s also super quick to prepare, so you won’t spend hours whisking yourself crazy.

Melt the vegan butter in a saucepan, then add the sliced mushrooms. Cook for about 5 minutes, or until mushrooms have reduced in size and released their liquid.

Add the flour and whisk until fully combined with the butter and mushroom liquid. This is known as a “roux.” Cook your roux for another 5 minutes, using a spatula to move it around the pan and break it up. You’ll be cooking out the “flour” taste during this step, so don’t skip it!**

Add 1/2 cup water, the vegetable bouillon, Umami Dust, and salt. Whisk until thoroughly combined, then add the rest of the water little by little.

Allow the gravy to come to a boil, where it will thicken fully. Taste and adjust seasoning as necessary.

* Umami Dust is available in our Culinarie Kits or from Allspice. If you don’t have any on hand, you can substitute miso paste, more mushrooms, or any spices you might want to use up. Get creative!

** If your roux seems thin and is leaving liquid on the surface of the pan, you may need to add a little more flour. Similarly, if it seems to thick and the flour is still powdery and unabsorbed, you may need to add more butter. Remember, roux-based sauces only thicken fully when they hit their boiling point, so you’ll want to get your roux just right before adding liquid.